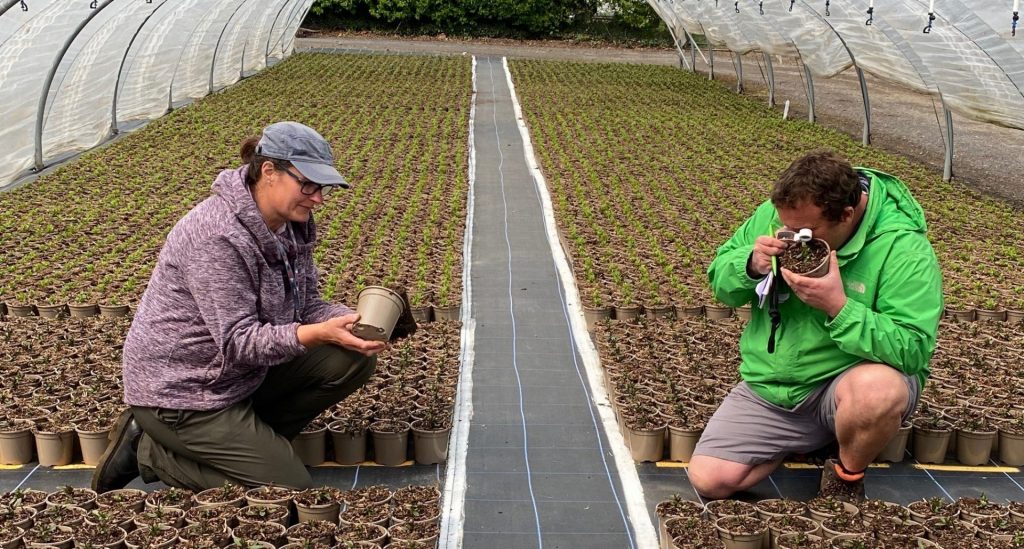 Biological controls form a major part of the integrated approach to crop protection across the nursery at Bransford Webbs. Biological controls are applied throughout all protected areas on site, from March to October, as pests are more prevalent during these warmer months. The use of biological controls is a natural effective way of controlling pest problems within the crops, in conjunction with cultural control methods, such as good hygiene, the use of physical traps and effective irrigation and feed regimes. Regular crop walking by our technical team and the ongoing training of all growing staff, play a major role in the control of any pest related issues. Across the nursery no fewer than seven pests are controlled through the application of fifteen different species of biologicals, resulting in the use of far fewer insecticides and an increase in natural predators on site. The Bransford Webbs Plant Company invests five times more on biological controls annually than on all chemicals combined. We see this natural and effective way of controlling pest problems within crops as the only sustainable method moving forward. Look out for further information about the biologicals used on our nursery over the next few months on our social media pages – Facebook, Twitter and Instagram.
Share this page...